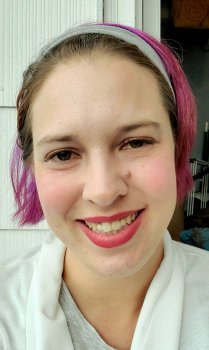 Erica Mustard has been teaching English as a Second Language since 2013 in the Pacific Northwest. She earned her M. Ed. TESOL at Seattle University in 2015 and her B.A. in French Literature in 2009 from the University of Puget Sound. From 2011 to 2013, Erica lived in Uganda as a Peace Corps Volunteer.
Erica enjoys puzzles and taking her dog, Cairo, for walks. She lives in Tacoma.